Sheraton: (Thomas Sheraton) style that competed in the Adam style England, and succeeded it, to the late eighteenth century and early XIX. Sticking to the elegantly simple English, Thomas Sheraton influenced the English speaking world. He published a book of drawing: "Cabinet Maker and Upholsterer's Drawing Handbook.

This chair English is remarkable for its lightness and purity of its lines from the style of the late eighteenth century. The designs of Thomas Sheraton there are to many and foreshadow the style "Regency". The elegance of thishead light, decoration small, is undeniable and should be around a table as well as fair. 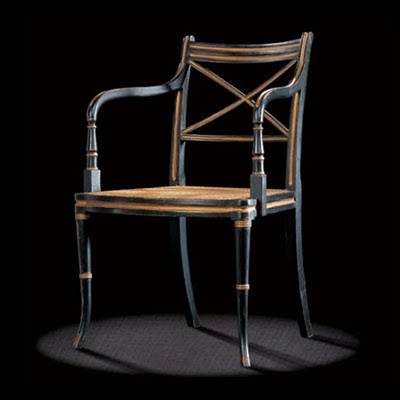